King's Harvest Shelter is currently closed due to COVID-19 restrictions

In 1996 a kind woman who attended The Vineyard church, which was previously located at King’s Harvest,  felt compassion for the homeless and the poor walking by.  She began handing out sandwiches to them to show the love of Christ. Word got out and more people started coming.  She began putting an apple and granola bar with the sandwich and handed them out in brown paper sacks. Then, more people came.

Pretty soon, she realized how desperate people were for food and she started putting together grocery bags. That is how our food bank started.

Another woman who loves to cook decided to start making them breakfast one Saturday a month.  The meal site has now grown into three warm meals a week.

There were always people asking for personal needs so we started our monthly giveaway. This giveaway is open the 2nd Saturday of each month.

We opened an overflow shelter for the winter months because we feared for the safety of the people who would have to sleep out in the freezing cold. The shelter is open to anyone that is barred from other shelters or when other shelters are full.  King’s Harvest provides shelter in the winter months for the mentally ill, alcoholics, or anyone who needs emergency shelter.

Our pet food bank started when people kept asking for tuna or something for their animals to eat.

Many people in the community were asking for help with their puppies or kittens and we began a low-cost spay and neuter program.

Homeless people were having to choose from freezing to death or giving up their pets in the winter time.  King’s Harvest opened up a shelter for homeless animals and kept them until they were able to get back on their feet again.  Therefore, we opened the King’s Harvest Pet Rescue. You can visit their website at http://kingsharvestpetrescue.org/.

The men’s sleeping rooms came about after the Vineyard church moved out. King’s Harvest changed the church offices to sleeping rooms and furnished them.  Five sleeping rooms became available for men who struggle with alcohol problems.

The women with children shelter opened when we heard so many families were camping in tents due to the fact they could not afford a place to live.  I remember one woman saying her kids didn’t even realize they were homeless.  The mother just kept telling them they were camping.

The program based shelters were opened to start helping people get back on their feet and not just with housing.  Men and women focus on getting their I.D.’s, food cards, employment, and housing.

King’s Harvest has been blessed to begin these ministries and keep them open due to amazing and compassionate volunteers who show the love of Jesus in all they do. 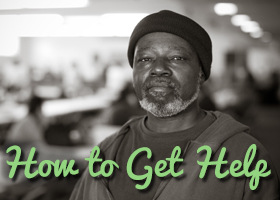 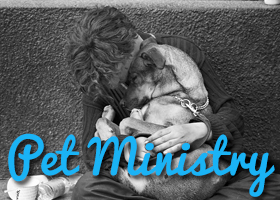